The annals of history is enriched by extraordinary individuals: rulers, generals, judges, artisans, artists and intellectuals. Their contributions and legacy continues to influence and inspire us today. Yet greatness is not forged by individual efforts alone. When we read the lives of the extraordinary we ignore the institutions that educated, cultured, supported and protected them.

In Islamic history, Awqaf were an important means to create and sustain institutions that facilitated the pathways for the extraordinary to leave their mark. Awqafs were used in sectors such as hospitality, education, worship and health creating an institutional web of support that lay in the background, underappreciated, but integral in helping people reach the heights of their potential. Awqaf ensured a person did not have to think about expense, and had the space to learn, to write, to travel, to worship, to live.

In this article, we will explore how Awqaf supported three renowned characters in Islamic history, Ibn Battuta, Ibn Khaldun and al-Mansur Qalawun, and show how Awqafs were instrumental to their fame.

Ibn Battuta and Awqaf for Hospitality

Ibn Battuta (1304-1369), famed traveller and explorer, benefitted from the largesse of Awqaf. His fame stems from travelling across the known world from Morocco to China, surpassing the distance travelled by Marco Polo. He wrote “Tuhfat al-Anzar fi Gharaaib al-Amsar wa Ajaaib al-Asfar” better known as the Rihla. Ibn Battuta was born in Tangier (modern day Morocco) on 1304/723 Hijri to a family of Qadi’s (judges). Little is known about his early life and education but scholars believe it is likely he received his Islamic training at a Waqf funded institution. This and his other studies at endowed centres of learning allowed him to take up judicial appointments as far away as India. On several occasions during his Rihla, Ibn Battuta stayed at Waqf based institutions that catered for travelling pilgrims and students of the sacred sciences.[1] During his visit to the holy city of Makkah in September 1327 Ibn Battuta took up the life of a Mujawir (sojourner-scholar). He relates that for this period (approximately a year) he had an enjoyable faith-enriching life, doing Tawaf around the Ka’bah, pious deeds and regular Umrahs. None of this cost him a penny because he stayed free of charge, on the western corner of the Haram Sharif, at the Muzaffariya Madrasa, supported by a Waqf created by a Yemeni Sultan. He also received support from the charity of Ulema and rich Makkans.[2]

Ibn Khaldun and Awqaf for Education

One of humanity’s greatest historians and sociologists Abd Al-Rahman Ibn Khaldun (1332-1406) was a famous beneficiary of Waqf support. He received his primary education in Tunis, but made a name for himself in Mamluk Egypt. His most famous work is his Al-Muqaddimah (Prolegomena) which was an introduction to a larger history of political dynasties. It is still analysed by historians and students across the globe.[3] It was during Ibn Khaldun’s Egyptian sojourn that he came directly into contact with Awqaf and benefited from the institutions they supported. One of his academic appointments was to teach the science of Hadith at the Sarghitmishiya Madrasah (Cairo) in January 1389. His first lecture elucidated the praise of Imam Malik and his Hadith compilation Al-Muwatta. The madrasah had been founded through a Waqf by the Ruler Sayf Ad-Din Saghitmish. Following this he gained the lucrative post of supervisor at the Baynarsiya Khanqa, which was endowed by Sultan Baybars. Unfortunately, his term lasted but a few months due to the political turmoil that followed a revolt in the city.[4] The support afforded by these academic appointments played a major role in propelling Ibn Khaldun to acclaim through the ages.

Al-Mansur Qalawun and the Awqaf for Health

Al-Mansur Qalawun (1222-1290) was leader of the Mamluks between 1279 – 1290, famed for his military expeditions against Crusader states. During one expedition against the Crusaders in Damascus, al-Mansur, still only prince at the time, fell ill and was taken to the Nuri Hospital. [5] Al-Mansur was so impressed with his treatment, and the hospital itself, that he determined should he became ruler, he would create a similar institution in the centre of Mamluk power, Cairo. And so it came to pass. As ruler, al-Mansur founded the al-Mansuri Hospital in 1285 and supported it through Waqf. The Hospital reportedly constituted of 4 wards for different pathologies and housed thousands of patients per day. It is part of the Qalawun Complex, still present in Cairo and renowned for its architectural beauty. In the Waqf deed of the Hospital it states:

“[The hospital’s] duty is to give care to the ill, poor, men and women until they recover. It is at the service of the powerful and the weak, the poor and the rich, of the subject and the prince, of the citizen and the brigand, without demand for any form of payment, but only for the sake of God, the provider.” [6]

Muslims and non-Muslims, the rich and poor, the young and old, the famous and unknown have all benefitted from Awqaf throughout Islamic history. These famous beneficiaries of Waqf are some of the few that we do know about. Awqaf underpinned the institutions that allowed them to reach their fame: hospitality Waqf supported a traveller ibn Battuta; education Waqf supported a scholar, Ibn Khaldun, and healthcare Waqf supported a leader, al-Mansur Qalawun. Their reputations can be said to be inextricably connected to Awqaf, and their legacies are the richer for it. 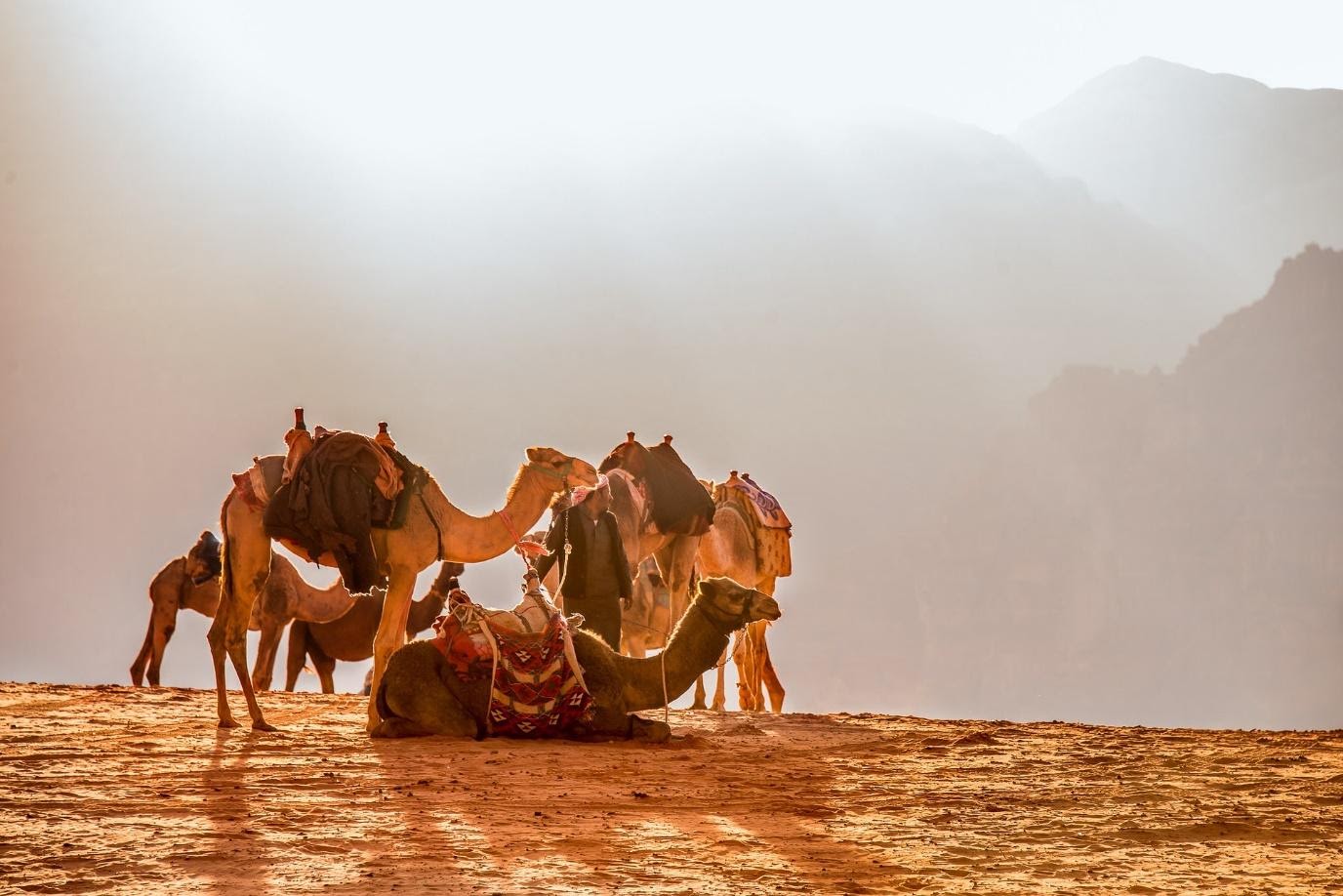 Did you know that the famous Medieval traveller Ibn Battuta stayed next to the Masjid al Haraam Makkah for free for over a year because of support from a Waqf. He stayed at the Muzaffariya Madrasah, an institution endowed by a Yemeni Sultan. During his Makkan stay Ibn Battuta carried out regular Tawaf around the Ka’bah, pious deeds and regular Umrahs.