Thousands infected. Society paralysed. Fear rampant. At the turn of the new decade our planet has been gripped by the novel and deadly Coronavirus (Covid-19). For much of human history – prior to the introduction of universal healthcare –  this has been the norm. Following the fall of great empires in Europe, China and India the dark ages reigned in part due to endemic death and disease. Contrastingly the rising Islamic World took on the baton of civilization and illuminated the world in the fields of spirituality, economics, cuisine and the subject of this article; healthcare. Specifically, we shall focus on how Awqaf allowed for Muslims to benefit from near modern levels of access to hospitals, medical research, medicine dispensation and mental healthcare.

One of the earliest muslim hospitals was the Bimaristan (a Persian word meaning ‘abode of the sick’) al-Tuluni built in 872 and named after its founder Ahmed ibn Tulun (r. 868-884) a Turkic governor of the Abbasid Caliphate. Ibn Tulun constructed an entire new city (around modern-day Cairo) named Al-Qata’i. At its centre near the Muqattam Hills was the Royal Complex, home of the Masjid, Palace and the Bimaristan. Ahmed Ibn Tulun endowed the institution with a substantial Waqf of several shops and an entire market. The sources estimated this to be sixty-thousand Dinars equivalent to one fifth of the annual tribute of the core Abbasid provinces, of Arabia, the fertile crescent and the Nile Valley.  This allowed the Bimaristan to offer a range of FREE services including a fresh pair of clothes, bedding (the current shortages in China and Italy exemplify the necessity of this), world class medication (previously only available to royalty), food, two bathhouses one for each gender and a dedicated physician. The poor with severe illnesses were the primary recipients of these services with the founder himself overseeing and inspecting the facility.[1]

Muslim Awqaf facilitated the furthering of medical research and training. Damascus’s An-Nuri hospital established in 1154AD by the great counter-crusader Sultan Nur ud Din Zangi, the mentor of Salahuddin, excelled in this regard. During the 1100s and 1200s it treated patients from as far afield as Al-Andalus. Records show that it was staffed by fifty doctors from across the globe, a veritable Médecins Sans Frontières.[2] Many of these specialists also contributed to its research library – which was a pioneer in medical recordkeeping – as well as educating the next generation of practitioners. Among them was the eminent physician Ibn Nafis who discovered pulmonary circulation, a finding that is critical to our understanding of the Coronavirus today, and compiled The Complete Book of Medicine an Encyclopaedia of 80 volumes.[3] In North Africa the Qayrawan Waqf supported Ibn Jazzar who wrote the medieval era medical bestseller “The Guide for the Traveller Going to Distant Countries”. The work was so popular it was translated into multiple languages and was used in medical schools as afield as the fledgling Oxford. The tenure offered by the Qayrawan Waqf was so lucrative that upon his death Ibn Jazzar had 24,000 gold coins!

The Islamic Economic system supported the creation of pharmacies for the dispensation of medicines. The Adudi Bimaristan (Hospital) of Baghdad, circa 981AD, received the seed donation of an estate worth 750,000 cash from its Buyid patrons and had a dedicated dispensary with globally sourced drugs.[4] Likewise, in the aftermath of the Mongol invasions, the Il-Khanid Vizier Rashid established the Rab-i-Rashidi a small medical quarter with multiple buildings and a waqf in Tabriz (north-western Iran). Among these was a Sharabdar – literally the one ‘responsible for syrups’ – or apothecary and a Khazin, overseer of the former’s storeroom. The pharmacists was of a middling rank,  receiving an annual salary of 40 dinars alongside a daily allowance of 3.2kg of bread.[5] In the ‘terms of endowment’, waqf-nama, it stated the pharmacist had to be pious and trustworthy and was charged with independently producing medicines (adwiya) and syrups (ashriba). More complex compound medicines were prepared under the guidance of physicians. The mechanics of distribution were as follows. On the fasting days of Mondays and Thursdays patients would visit the doctor at the entrance to the hospital who would then dole out prescriptions. In turn the Khazin would bring the ingredients to the Sharabdar who would prepare the medicines. If a patient was too sick or old to leave his/her home the Sharbdar would deliver medicines along with soup and drinks to the affected home. The essentiality of this service has been driven home during the recent lockdowns.[6]

In recent years’ mental healthcare has come into vogue but Muslims treated this many centuries ago. The aforementioned Tulunid hospital had a mental health ward but was only following in the footsteps of Baghdad’s asylums which were established in 765AD. Such an approach was unique at a time when the mentally retarded where ostracized and even criminalised in other parts of the world.[7]

[6] Leigh Chipman, The World of Pharmacy and Pharmacists in Mamlūk Cairo,140-142 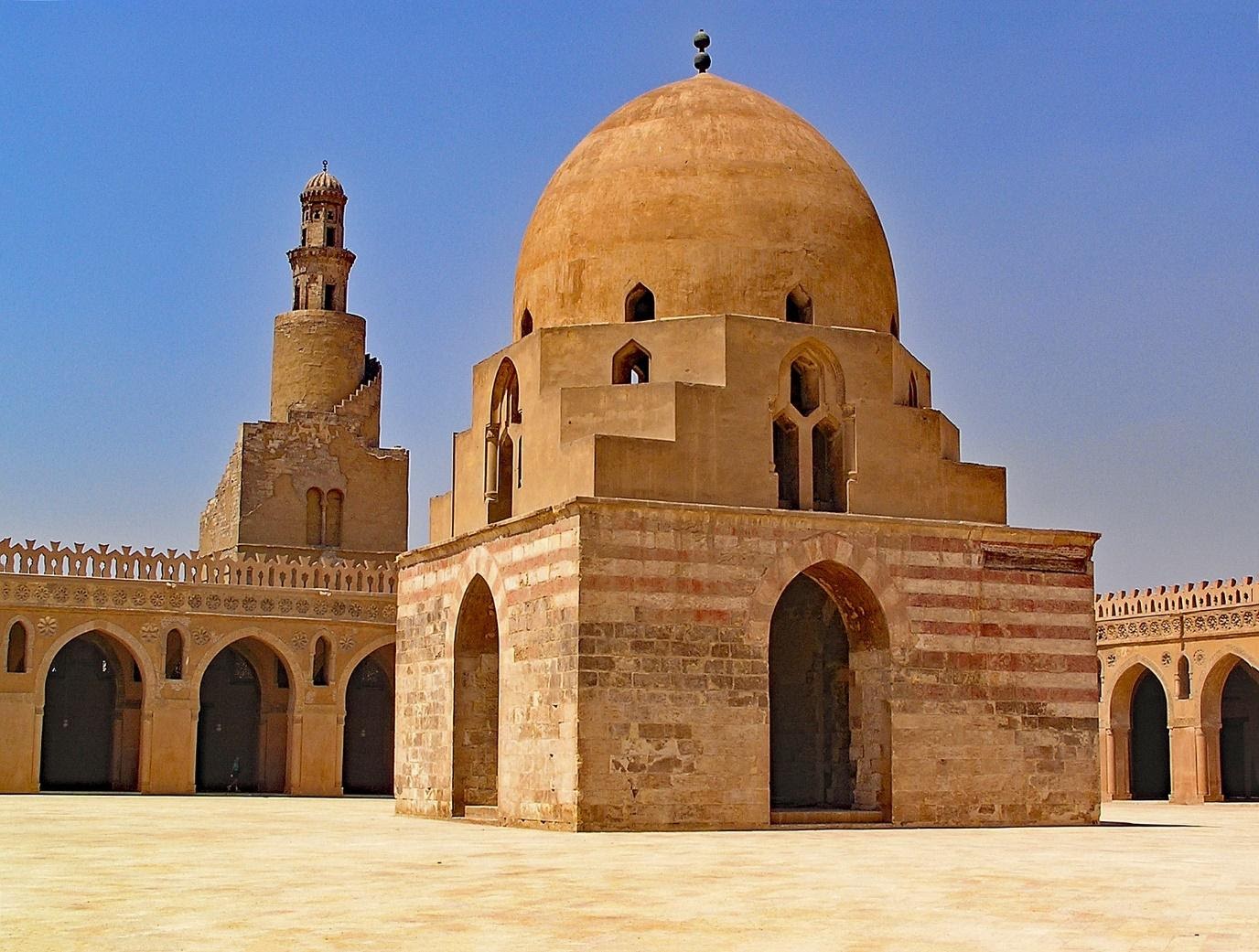 One of the earliest Muslim hospitals was the Bimaristan al-Tuluni (Cairo) built in 872 and named after its founder Ahmed ibn Tulun (r. 868-884) Ibn Tulun constructed an entire new city (around modern-day Cairo) named Al-Qata’i. Ibn Tulun endowed the institution with a substantial Waqf of several shops and an entire market estimated to be sixty-thousand Dinars. The Bimaristan offered a range of FREE services for the poor including a fresh pair of clothes, bedding, world class medication (previously only available to royalty), food, two bathhouses one for each gender and a dedicated physician.