The Waqf was integral to the Third Sector of pre-modern Muslim societies, acting as a conduit between those with the resources to provide those without. In assuming such a role, their establishment was also a reflection of what was important to the communities in which they were embedded.

So in traversing the history of the Waqf in Muslim society, we witness Awqaf popping up in different sectors from animal husbandry to home décor. One might consider these sectors peculiar but they demonstrate the vast potential of Waqf to fulfil the needs of the community.

For people living in the Ottoman era, animals deserved the same respect as humans. The British diplomat Paul Rycaut (1629- 1700) noted that Istanbul had many Awqaf dedicated to the care of cats and dogs. In other cities entire buildings were devoted to the welfare of stray animals. The Waqf deed of the Hacı Seyyid Mustafa Waqf, located in Rumeli Hisarı, allocated thirty silver coins (akçe) worth of fresh bread daily to stray dogs. In Syria the Kediler Masjid was also a Waqf for street kittens. The mosque’s caretaker would feed the cats delectable liver dinners!

In 1558, the governor of Adana endowed a pasture as grazing land for horses and other farm animals. Ordinary pets and temperate animals were not the only benefactors of Waqf. Ottoman Awqaf were also set up for the feeding of mountain wolves!

If an animal was ill or injured there were the equivalent of veterinaries funded by Awqaf. Prior to the terrible civil war that ravages modern Damascus today, prime real estate in the city belonged to a Waqf that was set up to care for old or wounded riding animals such as horses. In Bursa, there was the Gurabahâne-i Laklakan (House for Injured Storks), which sheltered and cared for storks on their long migrations[1]. In Sana’a, Yemen, a disabled animal would be taken to a Waqf where it would receive care and attention.[2]

Today, all this would be fodder for a Disney film, but in the Muslim world these institutions existed and were widespread.

In Damascus, a city with a plethora of Awqaf one stands out for something we may consider as an unusual form of charity. During the fourteenth century, the city had a Waqf that supported the purchase of utensils. Once a youthful servant accidently dropped and smashed a Chinese ceramic. Immediately, he was advised to visit the supervisor of the Waqf of utensils who happily provided financial compensation to replace the precious pottery.

Not only were there Awqaf for home décor, there were Awqaf even for fineries. Imagine a young lady on the eve of her wedding. Like Cinderella, this young lady could not afford to purchase a beautiful dress and jewellery. She would not need a “fairy godmother” but could visit the Waqf which would furnish her with the right outfit for her special day.[3]

Institutions of social gathering supported Awqaf in the early, modern Muslim world. Initially coffee and barber shops were viewed by the religious and political leadership as dens where ‘crowd(s) of good-for-nothings’ sowed the seeds of anarchy[4]. Correspondingly, the authorities attempted to ban them, but were thwarted due to these institutions’ immense popularity. In the late fifteenth century, the historian Mustafa Ali noted that Cairo had “thousands of coffeehouses”.[5]

With grudging acceptance, these institutions were soon co-opted for pious endeavours. In Balkh’s madrassah, a barber provided “fresh trims” to the students thanks to the four ushturs of grain he received from the seminary’s Waqf [6]. A large coffee house was a key revenue stream for Aleppo’s Ipshir Mustafa Pasha Complex in the 17th century[7]. Located in the metropolis’s northern suburbs, the coffee house provided the complex’s mosque with oil lamps and mats, and was part of a wider endowment to support the Hajj [8]. During the same time, the Qasimi dynasty – rulers of parts of what is now Yemen – used the funds derived from their monopoly on global coffee production to fund its own Awqaf [9]. A modern equivalence would be one’s daily Starbuck or Costa latte supporting pious projects.

A well-known hadith recounts the sinful woman who was saved from the hellfire for providing water to a dog thereby quenching its thirst. Such a hadith profoundly impacted how Muslims viewed animals. They were not to be ignored or condemned, because they were valued by Allah. Awqaf were set up in recognition of the honour Allah placed upon all creatures.

Humans and animals have needs which cannot always be provided for by the State and the Market. Awqaf were set up to fill the vacuum, and in doing so they evoked the values of the religion: protecting animals, alleviating the conditions of the poor, uplifting the family, worshipping Allah, etc. Awqaf were not just for large scale projects such as hospitals, but also for those day to day worries. Awqaf were about community empowerment imbued with the noble values of the religion. 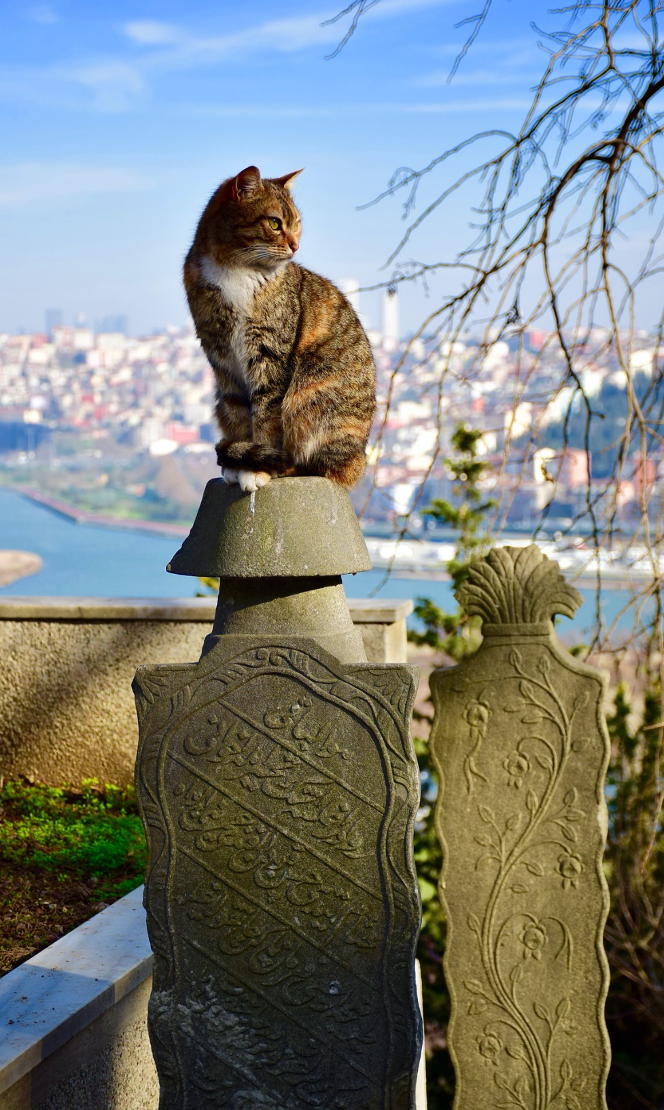 As early as the late seventeenth century westerners such the British diplomat Paul Rycaut noted that Istanbul had endowments that cared for cats and dogs. Whilst in other cities entire buildings and a human carers were devoted to the welfare of stray felines. In Syria the Kediler Masjid and endowment was created for street kittens, hundreds of which were fed a delectable liver dinner by the mosque’s caretaker.

END_OF_DOCUMENT_TOKEN_TO_BE_REPLACED

One of the defining features of the Islamic economy through the ages has been the utilisation of Awqaf. A number of Awqaf rose to prominence and remained in the collective memory of the Ummah, this article briefly sheds light on some of the Muslim World’s acclaimed...